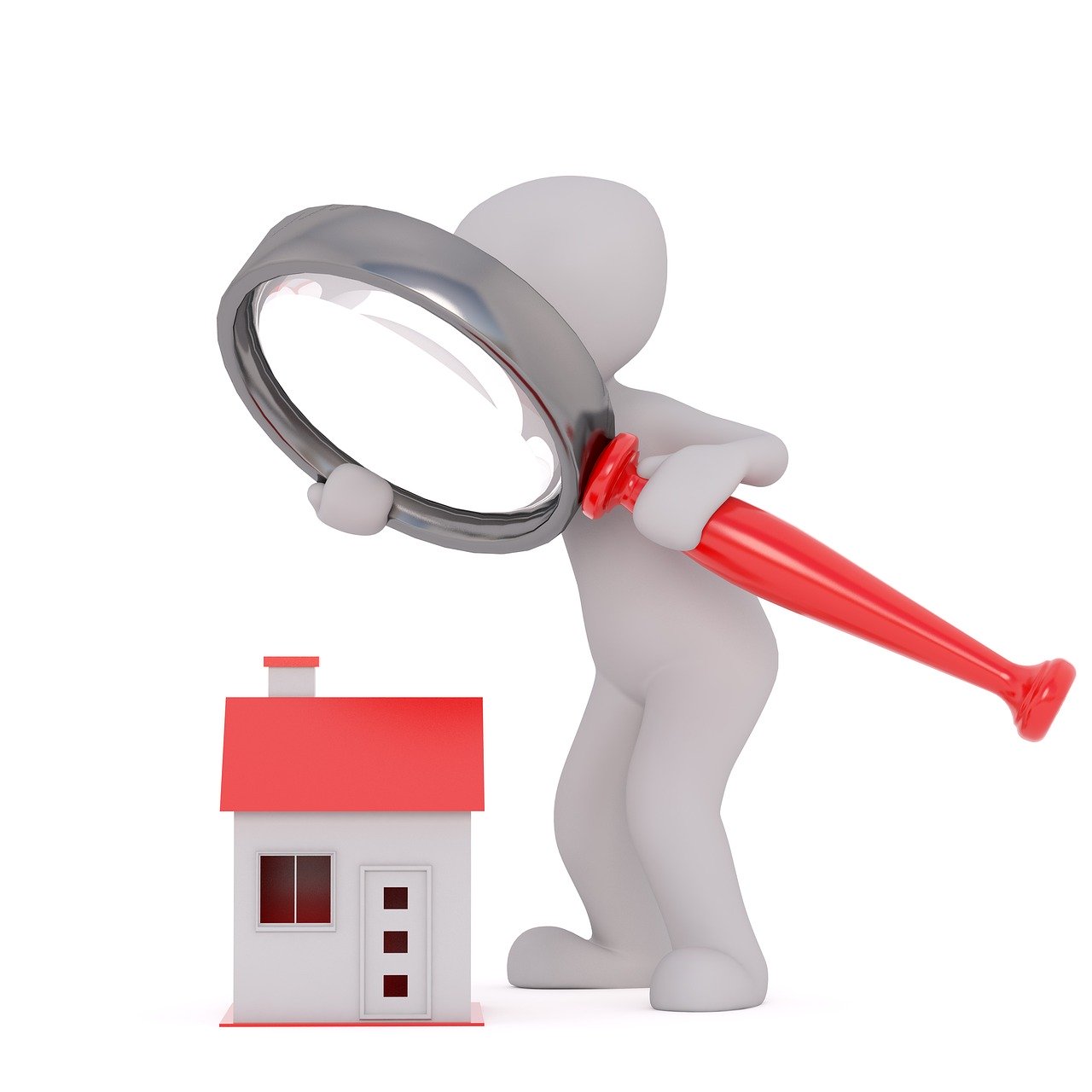 Now that 2019 is in the rearview mirror, its time to take a look and see how the real estate market did, how the predictions turned out and what 2020 might look like! Sit back, relax while we get you up to speed on your biggest investment!

First, we’re going to very quickly recap December 2019 as it was frankly not a very exciting month in the real estate world. Our year-over-year numbers look pretty good here as we’re back in line with the trends that we’ve seen over the last 5 years. Given that last year was a bit of a weak one, it’s nice to see a return to form! From a numbers perspective, our oversupplied market continues to trend in the right direction, which is helping to stop the price bleeding that’s been plaguing us for some time now. We can see this in effect when we look at the City-wide Benchmark Pricing which was just a hair lower than last month and the average time to sell remains consistent with our expectations at around 66 days. It may have still slipped a bit, but is close to being flat which, at this point, I’d call that a win!

Lower prices aren’t all bad news! Like many of you, I have also been affected by the lower prices. However, an easier path to homeownership via lower prices will only help the next generation of homeowners get into the market which will help serve us all by further balancing where the equity lies. Too much consolidation, whether we are talking companies or even generations of home buyers, is never a good thing, but I digress.

With that quick recap of December out of the way, let’s look at the big picture for Calgary in 2019. While the first half of the year had a slow start and prices declined from the year before, those declines, lower mortgage rates and improvements in employment numbers helped create some growth in demand for the City. This ultimately helped lead us to a much stronger second half of the year where we were able to catch up to 2018 and ultimately seeing about a 1% growth in sales.

That being said, we saw a decline in pricing by about 3% in the city in 2019. According to the City’s property assessments, this worked out to be a median decline of $20,000 for a single-family home and about a $10,000 decline for the median residential condo. Now, these median numbers are a great way to get a snapshot of the market, however, you’re likely to get a much different story depending on what price range your property is in.

Digging a bit deeper, if we break this down district by district, we can see that most areas either remained relatively stable or saw a slight pullback in sales. The exceptions to this were the South and North West districts which managed to pull off sales growth for the year!

Fortunately, when we look at inventory levels here, other than the South and NW districts, we did see supply levels decrease which of course will help combat our oversupply problem

The attached market (townhomes, row homes, villas, etc.) was the biggest reason we ended up squeaking ahead of 2018’s sales levels. The annual sales jumped by just over 7% compared to the year before, for a total of 3,820 sales in 2019. Unfortunately, the increased sales didn’t stop the overall price declines hitting us here too with a roughly 3% drop overall. This brought the average semi-detached price to $388,200 and the average row housing price down to $283,000. These numbers are well below previous highs.

Stronger apartment-style sales in December were enough to push annual levels to 2,671 units. For comparison, while we did beat 2018 here, we did it by the skin of our noses with only 10 more sales in total for the entire year.

New listings continue to ease across all districts except the South East. This district has seen a rise in new home construction which is helping contribute to the rise in new listings and inventory.

If we ignore the SE district, easing supply levels (relative to sales) have helped reduce some of the oversupply in this segment.

Ok, so I thought we’d have a little bit of fun here and look at what the most, and the least expensive homes sold in 2019 were! We are only looking in the Calgary region & not including mobile homes or land sales as those would take both top and bottom spots.

Our 2019, the most expensive home sold is located on Crescent Rd in the south end of Crescent Heights. This gorgeous, nearly 7000 square foot home sold for a cool $6 Million!

Now, what about the least expensive home? Surprisingly, the winner is not an apartment! It is actually a 1200 square foot row home in Canyon Meadows, which barely tipped the scales with a final sale price of only $80,000! Now obviously this home was a foreclosure, but I suspect there’s either a very happy first-time buyer or a very happy investor on the other side of that transaction!

And if you’re curious, currently, the most expensive listing (at time of filming) is listed for $10 Million in the community of West Springs and the least expensive is a 366 square foot condo downtown with an asking price of $99,000. You can find both of those along with every other listing for sale on our website at www.MichaelSmithTeam.ca.

Last Year’s Predictions – How accurate were they?

I think it’s fair to many of us enjoy making predictions in life, and this industry is no different! So, let’s see who nailed it (and who missed the boat)!

Out of all the predictions I was able to find, it looks like we have a 2-way tie for most accurate thanks to both the Royal Lepage CEO and the CREB Forecast. Both predicted a 2.3% decline in home values over 2019, which of course was a bit shy of our actual decline of about 3%.

What about the least accurate? Well, I certainly can’t fault the optimism, but the worst prediction award goes to Re/Max who optimistically predicted that housing prices would remain flat compared to 2018. Although they missed the mark, I imagine there are a lot of homeowners that wished they were right with this one!

This Year’s Predictions – Looking forward to 2020

What does the old crystal ball say about 2020? Well, Canada Mortgage and Housing Corp (CMHC) expects home sales will increase by up to 5.5% in 2020 resulting in prices moving up about 1% by the end of the year.

Re/Max (again being the optimist) is expecting a much more solid home value growth of 3.7%. Their belief is that there will be an uptick in first-time buyers and an overall population increase in Calgary.

So, what’s the bottom line? We had a pretty rough start to 2019, by almost every metric, but by the end of the year, we made a strong recovery that saw us creep ahead of 2018’s numbers (even if it was by a razor-thin margin!).

With a bit of luck, we’ll see a continuation of this momentum that we’ve been slowly building which should see confidence return ultimately putting this downturn behind us.

My name is Michael Smith, thank you so much for watching and remember to always have someone looking out for your best interests! 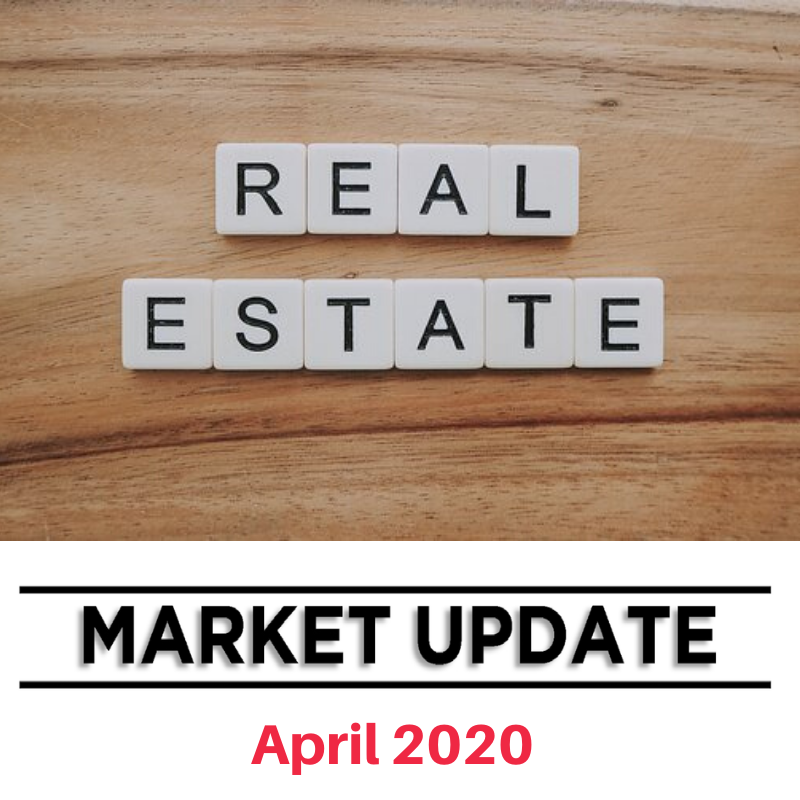 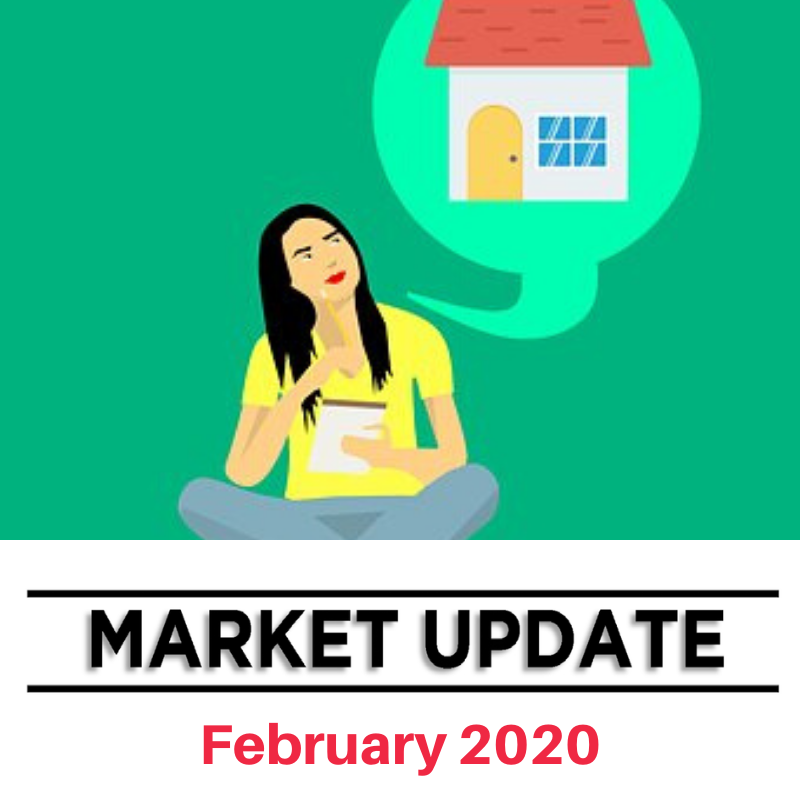 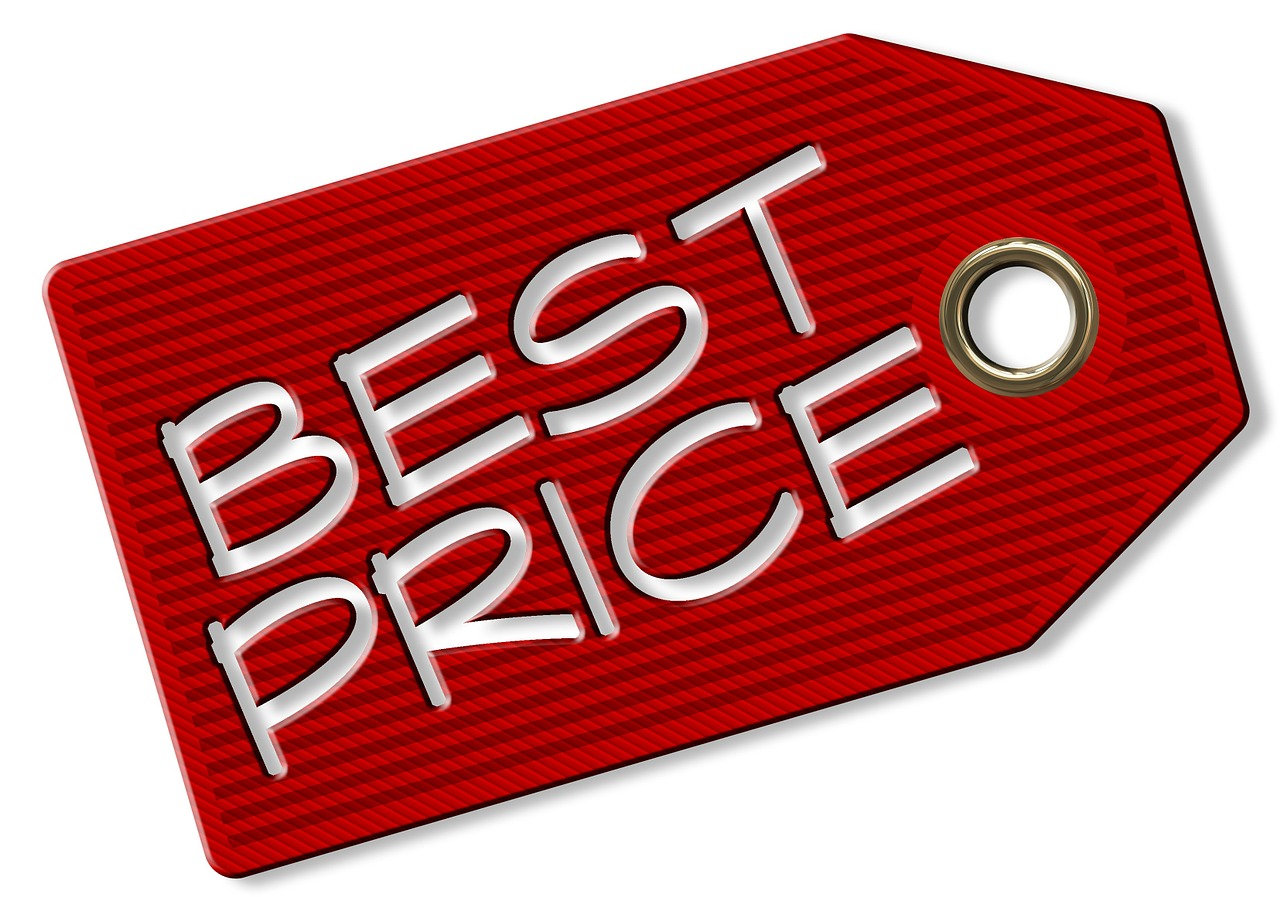 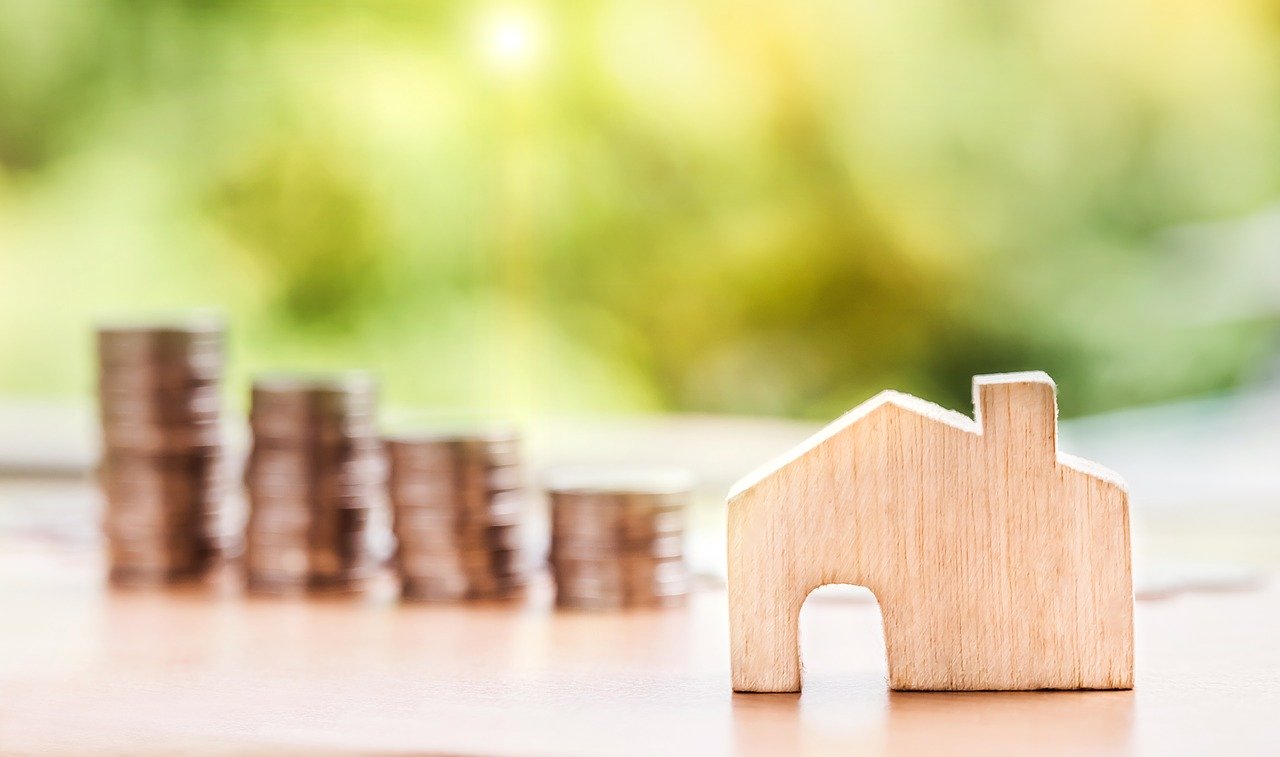 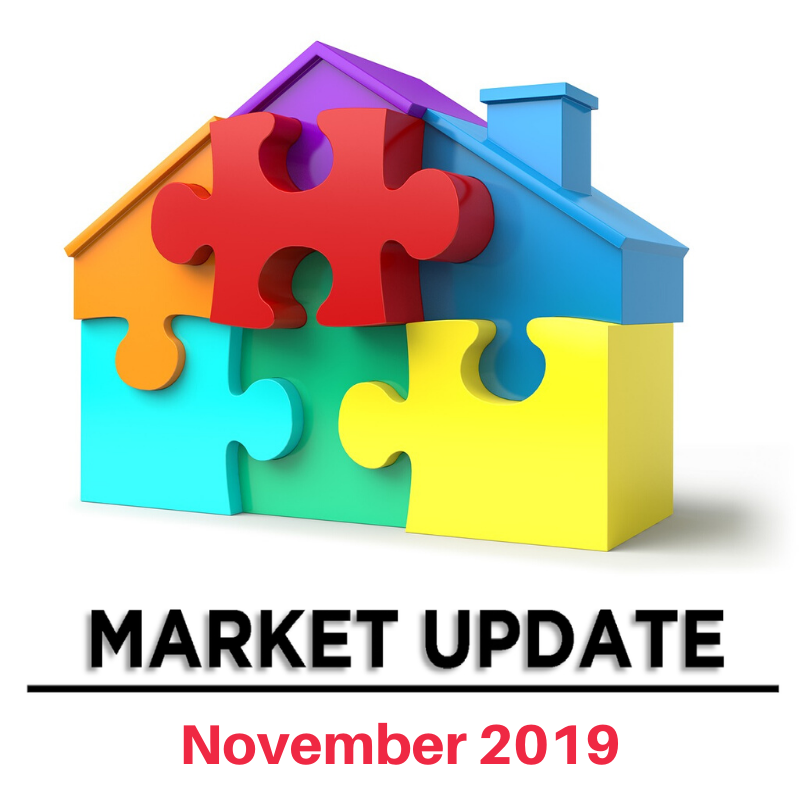